Does cultural dissonance effect how we value virtual worlds?

I’m a member of the Society for Medical Anthropology, but I don’t often see research in that field that intersects with my interest in digital anthropology. So, I was curious to read “‘I Swear to God, I Only Want People Here Who Are Losers!’ Cultural Dissonance and the Allure of Azeroth“* in the December issue of Medical Anthropology Quarterly. 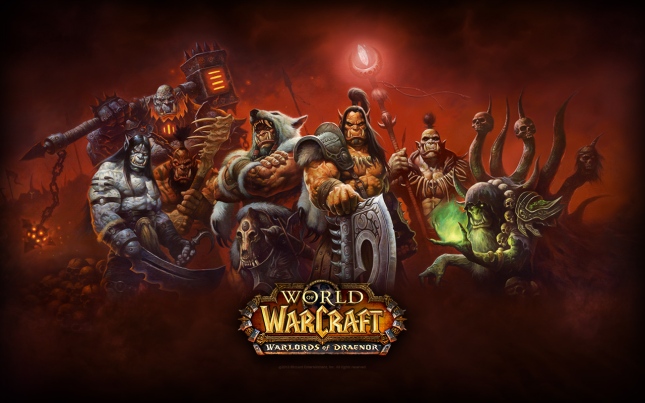 The researchers consider whether some World of Warcraft players compensate for a lack of success in their offline lives by seeking glory online (related to the image of “gamers as losers”), but then narrow their focus to whether it is the differential between offline/online success that contributes to gameplay having therapeutic/addictive qualities. In other words, they don’t assume that every WoW player is a loser. However, they propose a concept of “cultural dissonance”, which they define as “how gamers’ subjective well-being is affected by conflicts between socially valued online and offline lives, and subsequent attempts to equilibrate through psychological negotiations and revaluations.”

They began with a couple of hypotheses, which I’ll restate. First, they guessed that the amount of dissonance between online and offline success would be correlated with gamers’ perceptions that WoW has both a positive and negative role in their lives. For some, playing could provide gratification that was lacking offline, but the pull to feel that gratification could lead to problematic, excessive gameplay. Second, they hypothesized that the dissonance would be related to how much players valued WoW, which is then connected to mental health. Being more successful online increases the perceived value of WoW time, justifying increased gaming even when it interferes with offline commitments.

Their method used participant-observation, interviews, and surveys. Their quantitative analysis supported their hypotheses: cultural dissonance was associated with both positive and negative outcomes of WoW play, and the degree of dissonance was correlated with the perceived value of the players’ WoW virtual lives. In straightforward terms — mine, not the researchers — if I feel that I’m more successful online than offline, I’ll prioritize my online life higher. That can have beneficial therapeutic effects, but the scales can shift enough that offline life and mental health suffer.

I don’t think this is surprising to anyone who has spent a lot of time in a persistent virtual world, but that middle step explaining how each existence (offline/online) is valued is important and interesting. We might have multiple lives across physical and virtual worlds, yet there is still only one animating consciousness behind them all, and that consciousness is limited in time. Trying to achieve endgame goals in an MMORPG or running a virtual business or having an active social life online are immersive activities that necessarily use time that not lived deeply in the physical world. Dissonance that shifts how we value each life might come from increased perceived success in either physical or virtual realm. The study didn’t look at this, but I’ve certainly had lots of friends whose lives started to boom offline, leading them to detach from their online lives. When you only have so much time in a day and one consciousness, that shifting of value and balance is essential. That balance, however, is necessarily weighted toward the physical world. Our physical lives require constant maintenance: acquiring food and drink, sleeping, obtaining income to meet needs and obligations, etc.

The title of the article is a quote from a WoW gamer making the point that to run endgame raids, he wanted dedicated teammates without other obligations. “I swear to God, I only want people here who are losers! I don’t want people who have jobs or school!” I think it’s possible to have rich, satisfying, and successful lives in both physical and virtual spaces, but it involves frequent negotiation. Social demands come from both spaces. I’ve been in MMORPG guilds where casual players were treated badly and there was non-stop peer pressure to do endgame group activities at hours that would be almost impossible for someone with a family or job. I’m not sure that someone with an objectively successful offline life could keep up with that. On the other hand, I’ve known plenty of people who can’t imagine that a person perceived as successful in the physical world would “waste time” in virtual worlds. I think that’s connected to the “gamers as losers” trope, because I doubt they’d think the time was wasted if virtual world activities were rephrased as, “hanging out with friends, doing some creative projects, running a small business, shopping, and visiting artistic installations.”

In their conclusion, the researchers touched on some different methods used in studying virtual worlds. It’s an important section, since the question of whether virtual lives should be ethnographically examined as separate from physical lives can be debated. When I gave presentations about a particular aspect of roleplay in Second Life, I carefully avoided the question of why people chose that roleplay. My research was inside SL and I was studying behavior there, not the behavior of the people on the other side of the keyboards. The authors of this article state:

We appreciate how recent ethnographers of virtual worlds — such as Boellstorff (2008) in his study of Second Life — have studied them from entirely within the persistent virtual world in question as cultures in their own right and not mere expressions of the actual world. Still, to address patterns of wellness and distress in WoW gamers’ lives, we have followed others and tried to understand how gamers’ WoW experiences intersect with offline ones (Nardi 2010; Schiano et al. 2011; Snodgrass et al. 2011a, 2011b, 2011c, 2012, 2013; Taylor 2006).

Both are valid but different anthropological approaches.

Movements can reveal the gender of the human behind the avatar

Simon Bignell tweeted a link to an interesting study summary this morning. Researchers used a custom quest in World of Warcraft to examine the gameplay of 375 people.  They found some differences in avatar choice, movement, and use of emoticons when a man played a female avatar, compared with others whose offline and online sex were matched.  The movement differences were interesting: the men in female avatars moved backwards more often, kept more distance from others in a group, and jumped more than their female-playing-female counterparts.  The researchers hypothesized three reasons for the additional jumping:

I’m not a WoW player so I can’t speculate about another possible reason, but does WoW have breast physics? 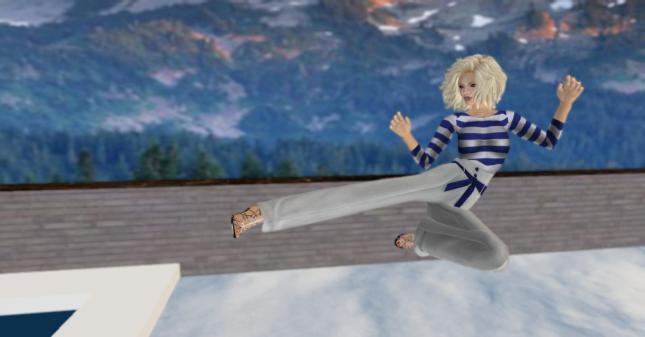 I wish I could read the full study, but I can’t access it without a long drive to my university library. This appears to be the paper — The strategic female: gender-switching and player behavior in online games* — if you have access and want to take a look.  I’d like to know what they found about the women who played male avatars, who were 7% of their subject population but are barely mentioned in this summary.

I think those of us who have gamed or spent a lot of time in virtual worlds have developed some sense for identifying the offline gender of a player, whether it matters to us or not. In the MMORPG where I spent the most time, some classes were gender-restricted: for example, if you wanted the best tank class, you had to play a male avatar.  As a result, cross-gendered play was common and expected, but there were always some surprises when we moved to voice chat for a coordinated event.

* I really hate the title of the paper.  I’m not someone who goes looking for sexism and this could just be carelessness, but by using “the strategic female” to refer to female characters played by men, it excludes the possibility that playing a female character is also a strategic choice by women.  It seems to exclude (RL gendered) women from the adjective “strategic” altogether. The title could be less offensive by simply changing the article: “a strategic female” instead of “the strategic female” allows the specific situation to be cited without excluding others.