The role of rumor in current world events

In today’s connected world, we might think that facts are easily accessible and rumor would be limited to gossip magazines and movie casting speculation. We can always check it on Snopes, right?  However, rumor continues to be hugely important, and since it is a topic of study for anthropologists, I’ve been thinking about a few examples in current events. 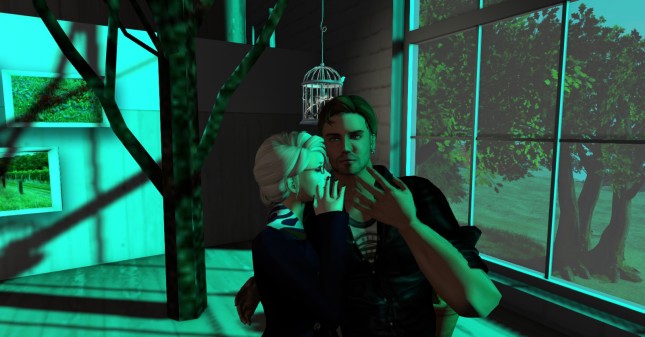 My first example is one where a rumor is used for positive purposes, unifying opinion and offering an amusing tension break. This was Tweeted a few days ago (reload this page if the image doesn’t load at first):

The rumor takes something that was a fear of the protesters and a reality of their situation, that there would be mainland Chinese infiltrators in their ranks, and turns it into an amusing anecdote. Maybe it’s true, maybe it’s not, but it’s a standard urban legend format. The modern twist of the man’s ringtone revealing his deception is brilliant in a dense crowd of mobile phone-using young people.

Ebola epidemic in West Africa (and beyond)

A fair quantity of the reporting about the epidemic has mentioned the seemingly irrational responses of some West Africans: denying that Ebola exists, claiming that it was created by whites to eliminate blacks, thinking that Westerners were there to spread the disease (resulting in terrible violence at times), and tales of cures. Discovery News has a jargon-free but reasonably balanced piece about Ebola and rumor, explaining that the rumors “emerge from people trying to make sense of the death that’s going on around them, and a misunderstanding of science. Standard Western medical procedures designed to stop the spread of the virus — something as simple as strangers sealing a deceased victim’s body in plastic and taking it away to be examined or buried in isolation – conflict with traditional customs and practices”.

I think a lot of the reporting has a racist undertone, characterizing West Africans as uneducated and primitive, when they are actually trying to understand and describe the horrors of Ebola and the influx of Western assistance within their own context. Anthropologists could be so useful in this crisis — as explained thoughtfully by Sharon Abramovitz — but are largely left out of the process by medical personnel who don’t see how social scientists can assist. If you think that clever Westerners are so superior when it comes to medical rumor, you only need to look at the last few years of this map showing vaccine-preventable outbreaks. The spread of measles, whooping cough, mumps, etc are the result of anti-vaccine rumor, primarily in industrialized countries

In this case, many of the rumors begin as deliberate government propaganda but take on lives of their own. Some rumors reported earlier this year in Donetsk include that the water was poisoned, that the EU and Kiev government were building concentration camps for those who opposed them, and that there were roaming squads of pro-West killers who loved to kill babies and rape. The official “news” organizations in Russia tend to fan the flames of rumor. (Really, if you’re interested in that part of the world, you need to read Pravda, TASS, and RT sometimes. The perspective they present on the rest of the world and on Putin’s actions is fascinating and can be shocking.)  Trying to understand the fighting is impossible without being able to glimpse the mindset of the people living there, and the rumors — which often build on fears from WWI and WWII — are a large part of that.

I suspect that our 24-hour news culture and social media contribute to the spreading of rumors more than to their dissolution. I’ve stopped correcting all but the most egregious incorrect “OMG this is so wrong!” posts that show up in my Facebook feed; I only have so much time in the day. Politically-leaning blogs, websites, and TV shows create an echo chamber where rumors that slander the other side are amplified, twisted, and rarely retracted, then they extend into social media where many people no longer question a post that reflects their own beliefs. Rumors and conspiracy theories spin around every divisive news event.

Rumors around tech are commonplace as well. From “Facebook is going to charge a monthly fee” to “Bill Gates will send you $2 if you …”, we’ve all seen them. Second Life residents saw a huge spate of speculative nastiness and rumor erupt when Linden Lab mentioned they were working on another virtual platform; in the absence of fact, people filled in with their worst fears and anger was everywhere.

This isn’t to suggest that I’m an incredibly rational creature who is never sucked in by a rumor. Especially when we are presented with so many pieces of information in a day, it’s impossible to think critically about them all. It’s difficult to parse out the truth from exaggeration, distortion, and lie. How do we decide which allegations we need to confirm?  What can we believe?  Since I read some international news sources, I sometimes find myself in the gap between when something is reported in Der Spiegel or The Guardian and when it is picked up by The New York Times or Washington Post (when it comes to things like civilian deaths from US drone attacks, that lag time can be days). This is leading to a behavior where I treat news as potentially true and no more. Naivete would probably be much more comforting, which is part of why people believe rumors, of course.