RSS
← Looking for an engaging activity in SL
Where are the SL men? →

AFK sex, the popularity paradox, and the lack of male avatars

Going back into Second Life after three years has given me a lot to think about. I wander looking for interesting things and people, then spend equally as much time pondering what I’ve found. 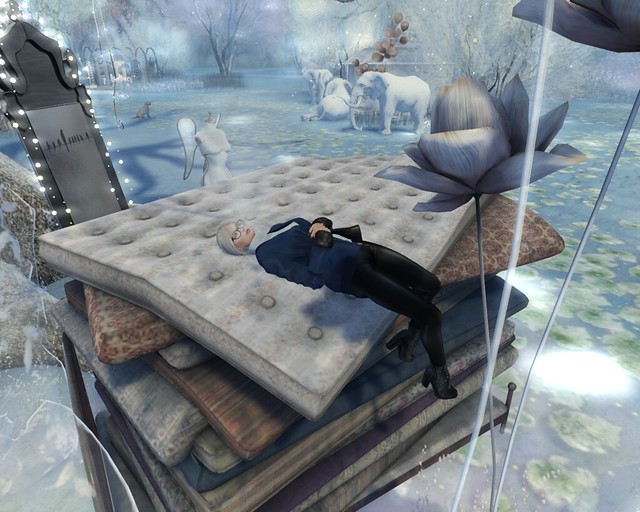 I’ve started several posts but, being a methodical person, I keep stopping and asking myself more questions. Could this be the result of selection bias? What is really going on? How do others react to this? So, I thought I’d share what I’m working on. If you have any people I should speak with or things I should read to get more perspective, please pass those along to Kay Jiersen (in SL) or kayjiersen at gmail.

Where are the men?

My observation after exploring a variety of SL regions that were not particularly gendered was that there are fewer avatars presenting as male than there were in the past. I don’t have historic numbers to compare against but I have started a study counting avatars in public spaces. Primarily, I’m looking at gender presentation of avatars in user profiles — not the people in RL nor their appearance at the time. There are ways I could dig deeper into this and perhaps I will, but this is a start. In my sample thus far, male avatars (of any species/type) are about 27% and avatars of undetermined gender are about 4%.

You can’t search the in-world destination guide without coming across these, because the continual presence of parked avatars drives their traffic numbers to the top of the list. For people unfamiliar with Second Life, these are relatively new areas where unattended avatars are left on furniture that has scripted sex animations, while the RL people behind them (theoretically) leave the screen and go on with their physical lives. A client avatar can join the AFK escort on the furniture and take charge of the controls. There is no personal interaction, but the visuals are the same as if there was an active human controlling the other avatar. Payment is made by tipping the escort and proceeds are automatically split with the venue. Popping into several to look around, I’ve never seen an active client (though I have seen AFK escorts being utilized at less specific venues). I’m awfully curious about these places and the avatars that use them, actively and passively.

As mentioned above, having avatars at a venue all the time will raise its position in the search results. I visited a highly-ranked beach sim last week that had more than a dozen voluptuous, scantily-clad female avatars milling around the landing point and on the dance floor. They had profiles like those you’d find in any crowd, none of which said they were bots. I watched them as I explored. They went through their AO (animation override) standing motions, but none danced, walked around, or interacted. There was no local chat. So, I started running through them like the cue ball breaking the triangle on a pool table, and there was no reaction. Bots. The place looked full at first glance but felt dead.

On the same weekend, I experienced two venues that had legitimate crowds: a store that ran a 50% off everything sale and a club with live musicians. The unfortunate truth is that popularity in a virtual space presents a paradox: the performance of the region degrades as more avatars enter and interact. Concurrency is a technical challenge where improvement has been sluggish, no matter the platform. (Philip Rosedale wrote a good explanation on the High Fidelity blog in September, when they achieved 356 avatars in a single instance on that service.)

Since my technical interest is tempered by my anthropological mindset, I’m curious more about the lived experience of being alone, surrounded by bots, and in a glitchy crowd in a virtual space. That’s what I’ll explore in depth, soon.

← Looking for an engaging activity in SL
Where are the SL men? →