RSS
← Monday movie: The Dragons Quest (machinima)
What is age in a virtual world? → 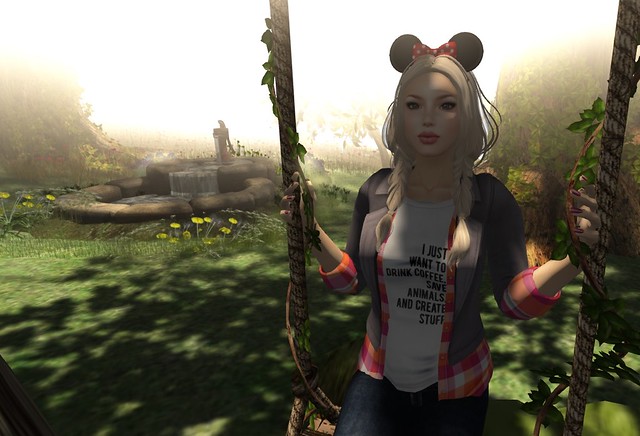 This is about user experience, not just about Disney. You can sneer about Disney if you like, but they are awfully good at designing and managing the experience in their American parks and hotels. The first time I saw “cast members” in Florida vacuuming up puddles after a brief rainfall, I must have been around 12 years old, but the implications stuck with me. The Disney experience is controlled, planned, and created to make a specific illusion, nature be damned. And, I’ll be frank: if you splurge to indulge in the full experience, booking through Disney, staying in one of their resorts and using their transportation and restaurants, everything is consistent, integrated, and cheesy but fun. I wouldn’t describe myself as a Disney fan and my stepson is in his 20s, so I don’t have to deal with the corporation on a regular basis, but I enjoy their parks.

So, this Wired article on the Disney MagicBand is fascinating. A design team was given the specific directive to eliminate friction points in Disney World experience. They came up with a wearable wristband… but the design story and the implications are so much more.  Really, read the article.  It’s about the design process, trading privacy for convenience, and invisible technology. I found it inspiring because I’m a huge fan of user-focused design.

I’ve had Alexa (the trigger name for the Echo) for a few months now and I still find her useful for basic things. I use the timer, alarm, and add to shopping/to do list functions many times each week. It’s incredibly useful to be able to say, “Alexa, set timer for 18 minutes,” while my hands are full or, “Alexa, add salsa to my shopping list” as I shake the last globs out of a jar. That’s difficult to convey in marketing. It’s like trying to convince my parents to use a DVR; it’s hard to understand how useful it is until you live with it for a while, but then it becomes part of daily life.

I suspect that they’ve updated the Echo to hear “Alexa” more easily, or perhaps to be less selective about the pronunciation, because she’s reacted to the TV more in the past couple of weeks than in months before. When I’m watching a show and a disembodied voice suddenly says, “Hmm, I didn’t understand that,” it’s an uncomfortable reminder that she’s always listening. And, she’s listening carefully. I can be halfway across the house and talk to her in a normal conversational tone. Other than what I’ve mentioned above, I use her to stream some podcasts and radio shows, tell me the weather forecast, and play the top news headlines, but I never use her for information I’d get from an Internet search.  Google Now is so far ahead in that functionality that using the Echo is frustrating.

If someone is going to make a breakthrough, usable design for a smartwatch, the excellent team at Apple is probably the one to do it, but the Fusion article “Class anxiety, brought to you by Apple” nailed a lot of my thoughts. The author makes a point that while many household budgets had to stretch to afford Apple products in the past, it was possible. The fact that anyone from an Uber driver to Mark Zuckerberg could have the same phone was somewhat egalitarian. However, by setting such high prices, they’ve established the edition watches as status items. Let’s be honest, even the $349 sport edition is spendy for a peripheral. The Apple Watch is intriguing, though I think that smartwatches are another example of DVR marketing: hard to understand how/if they can be life-changing until you use one. I stopped wearing a watch decades ago because I find them uncomfortable and distracting. This won’t be the product that changes my mind, and if my husband is going to have an expensive watch, he’d prefer the Leatherman Tread:

Jakob was admitted to the hospital yesterday. He was so weakened by chemotherapy that walking a few steps left him exhausted, unable to breathe, heart pounding. He hasn’t been able to eat and the limited nutrition from meal-replacement drinks hasn’t been enough. (For new readers: Jakob — my SL partner — has stage IV stomach cancer that metastasized to his brain. He has had surgery, radiation, and his first cycle of chemo.)

← Monday movie: The Dragons Quest (machinima)
What is age in a virtual world? →