[Part 2 in a series of flawed assumptions for researchers in virtual words and MMORPGs.  The first post is here.]

Being able to create, utilize, and abandon complete identities is an advantage of virtual environments. Even people who have been active in virtual worlds can have preconceptions about alts, so it’s not surprising when non-resident, non-gamer researchers do.  I think it’s important to understand that there is no single reason that alts exist. This is my attempt to explain the myriad reasons that alts are created and the richness that this ability adds to a virtual environment.

I’ll define an alt as an additional identity that has a unique permanent username. In some game worlds, a human can have an account with numerous alt avatars, though others inworld cannot see that they are connected to the same account. In other systems each account can only have one avatar, so a new account must be set up to create an alt. Alts can be secret and the connection to the primary avatar known only to the person who controls them and perhaps some trusted friends, or they can be openly disclosed.  For research purposes, because there are so many ways that alts are utilized, it can be tricky to ask about them. The question can be very personal and intrusive to some.  If using an immersive, ethnographic approach, we would probably consider each avatar as a unique individual and never introduce the topic.

Below is an incomplete list of the reasons some people create alts. The categories are my attempt to make a gigantic list easier to understand.  If you spot one I missed, please let me know in the comments. These are pulled from personal experience and limited to a couple of MMORPGs and Second Life; I’m sure there are reasons that I’ve overlooked. 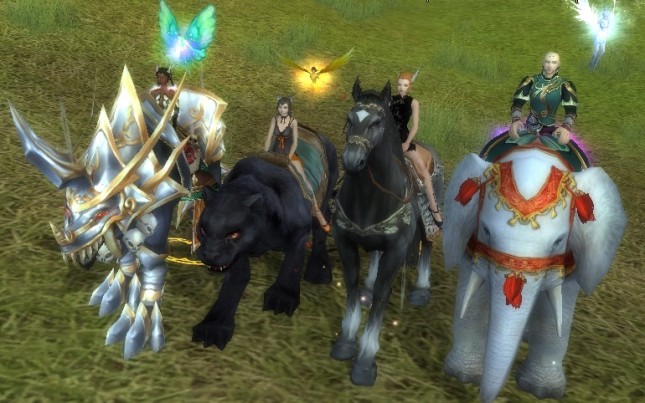 Business owners in SL often use an alt to separate work and personal time.  A creator might use an alt to work without interruptions from social and business contacts.  One might have a utility alt that they use for testing poses and scripts, the fit of clothing and accessories, or as a model for advertisements.  Some SL photography and fashion bloggers have alts, like ManBerry, who appears looking his stylish best on Strawberry Singh’s blog. Someone with an inworld adult industry job may use an alt to separate that sexualized identity from a more versatile one. Ethical or not, I’ve known club staff to run alts to make attendance at events look better. Educators and researchers can separate their academic and personal lives by using alts. At a recent conference I attended in SL, one person mentioned he was using an alt he created for events, constructed to have low impact on the area’s lag.  In some MMORPGs, alts can be used as vendors, reselling items and gear.

These meet my definition of alts, but neither have individual personalities nor are under active control. Bots can be scripted to act as greeters or models or used for more nefarious griefing purposes.  Bots appear in MMORPGs as well, though I think they are usually against the rules.

Another type of alt that is usually not an active character.  In systems where each avatar is given a limited allocation of inventory space for items or a currency limit, it’s common to create a “mule” or “bank” for additional storage. This can be personal or shared; in the MMORPG I played, we had a bank avatar that could be accessed by the top officers of our faction. We used the inventory capacity of that avatar to store high quality weapons and armor to hand down to lower level players.

Part of the fun of an MMORPG can be going back to the beginning and making different choices: playing a different character class, or choosing a different build or specialization. Try playing a healer as a damage dealer or a damage dealer as a tank. Alts are perfect for that exploration. In a virtual world, the possibilities are limitless.  I’ve written about my male alt, who I created out of curiosity but rarely use. If you’re curious what it might be like to have another sex, shape, sexual preference, color, species, style, or social life, it’s easy to do with an alt. It’s not necessary to use an alt for those things — one avatar can have countless changes of appearance and can go anywhere — but it’s often simpler.

This is close to the curiosity category, but distinct.  Here is where I’d put avatars that disproportionately emphasize one personality trait and avatars that (consciously or unconsciously) serve as therapeutic stand-ins to work through RL issues. These are alts that are extensions of some characteristics of the human behind them, but they might grow into full personalities over time. Some examples I’ve seen are goth avatars used for gloomy, angry moods; child avatars for vulnerable yet joyful times; slutty avatars for occasions where libido is running strong. This can apply to MMORPGs as well as SL: when I was in a bad mood, I’d often sign onto my alt who did the most damage and simply wreak havoc among moderately-challenging monsters until I felt better.

This is another category that is close to others (work, curiosity, self-exploration), yet I think it is distinct. The clearest examples are alts that people set up to play roles in any of the numerous roleplaying environments within Second Life. One might want to use the full inventory and profile capabilities for his time playing as a vampire in an urban post-apocalyptic environment or a medieval druid, and not confuse the matter by doing them both with a single avatar.  I’d also include alts made for different personal roleplay: the slavegirl of Gor might be the same human as the cyberpunk dominatrix and the supportive matriarch of a large, extended family. (That’s where it gets awfully close to other categories, so this separation is debatable.)  In an MMORPG, creating an alt of a different class will usually create this sort of role separation immediately.

Our online lives can become as busy as our offline ones and what began as an escape can grow stressful.  Some create alts simply to return to quiet gaming or exploration.

Sometimes an avatar has run its course.  Maybe the human behind it has grown bored with his online life, can’t relate to his primary avatar, or has found himself in the middle of drama; he can create a new avatar and leave the first life behind. It’s a luxury we don’t get in the offline world and while it may not be the most mature way to handle interpersonal conflict, it’s effective

Griefers and scammers fit in this category; they use disposable alts because they are prone to being blocked, reported, and shut down.  There are jackasses in all worlds and some use alts to bully, harass, stalk, or prank others. An alt can be used as a spy in an RPG. Alts can be used to cheat on a relationship and I’ve heard of people using alts for fidelity testing: trying to tempt their inworld partners that are suspected of cheating.  There are tools in SL that allow people who engage in BDSM play or relationships to restrict the movements, communication, and other interaction of the submissive, and I’ve known people to use alts to have bondage and a free life too.  Most of the conversations I’ve had in SL about alts have involved someone telling me how they have been deceived, but I don’t think that means this category is the largest. I think it just makes the best stories.

Other posts in this series:

← Virtual research flawed assumption #1: one avatar = one human
Kara: birth of an android →