Virtual worlds and MMORPGs can seem like great sites to do research, especially in the social sciences. No airfare or anti-malarials required!  However, just like any field site, a researcher who hasn’t done some groundwork ahead of time could waste time and piss off a lot of people before getting down to any meaningful study.

A couple years ago, a professor at my university announced his plan to run an anthropology class in which he would send his undergraduate students into Second Life as field experience. I met with him and tried to explain some flaws with this approach.  He reacted with confusion, then admitted he had only signed into SL briefly a couple times. Argh!  So, I’m going to dump some advice on the web and hope that future prospective researchers stumble onto it. Anthropologist Tom Boellstorff wrote about virtual world research for years; I won’t be citing his books in this series, but I do recommend them: Ethnography and Virtual Worlds: A Handbook of Method

and the older Coming of Age in Second Life: An Anthropologist Explores the Virtually Human.  Also, my email address is on the About page and if you’re working on a project and have a question, feel free to drop me a note. 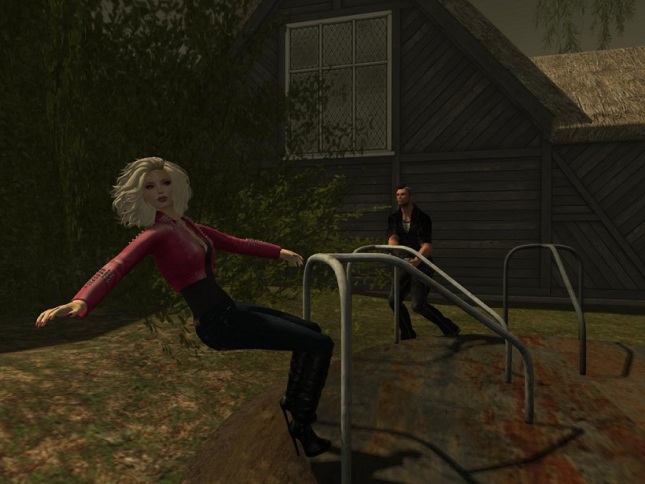 The first flawed assumption is basic: one avatar does not necessarily map to one human being.

Sometimes, one avatar is shared among two or more people. I’ve seen this a lot in MMORPGs, where trusting friends might share an avatar that they use for storage or that has particular skills they both want to play. I’ve also seen it in Second Life for business, academic, and personal situations. For research purposes, this means I cannot assume that when I chat with Fairywinkle Friv today, she is controlled by the same human as Fairywinkle Friv that I spoke with yesterday. This can cause problems with inconsistencies over time, even if my research scope is limited to inworld behavior. Some avatars will disclose this, others will not.

Far more commonly, one human controls more than one avatar. My next post in this series will be about the many reasons that people have alternate avatars, but it can really skew data. The five avatars I choose for interviews could conceivably be controlled by one mischievous or malicious person. Even people who are trying to give clear, honest, introspective responses may struggle or grow frustrated if the structure of my questions assumes one-to-one mapping.  Depending on what I am trying to learn, I might ask interviewees to meet with me as “the avatar you use most often” or “the avatar you relate to most” or “the avatar you prefer” if they use more than one. The same applies to survey respondents. Otherwise, responses often begin with, “Well, that depends….”

It also can’t be assumed that if two avatars are online at the same time, they are controlled by two separate people (as in the picture of my primary and alt avatars above). It doesn’t take a lot of know-how or computing power to run multiple viewers or game clients simultaneously. There are workaround methods even for games that block the use of multiple instances of the client software on one machine. The player can set up a virtual machine or go low-tech like I used to in an MMORPG: running both a desktop and laptop computer.

An ethnographic approach would simply take each avatar at face value, as presented in the game or virtual world, with no discussion about topics or identity beyond that environment. I can hope that I don’t speak to the same person on various avatars, but I cannot verify that doesn’t happen. If that approach won’t satisfy your research needs, you may need to do identity confirmation or collect a signed statement from each avatar that the human controlling it is only participating in your project once, and that the avatar will only be controlled by the same human for all study-related tasks.

Other posts in this series:

4 responses to “Virtual research flawed assumption #1: one avatar = one human”